More crypto-related content is being re-enabled on YouTube after several days of unilateral deletions and non-communication from the video giant.

YouTube responded three hours ago via Twitter to YouTuber Carl The Moon regarding the crypto-related videos that have been removed from the platform this week.

@TeamYouTube responded to a previous tweet sent by Carl The Moon (@themooncarl) on the matter, stating today:

“Hey there, this was an error on our side during the review process – your video should be reinstated and strikes resolved. Let us know if you’re seeing otherwise!”

“I can confirm that my warning/strike was removed, and most of the other censored YouTubers have also had their strikes removed.”

Although @TeamYouTube has admitted to the platform’s mistake, a number of YouTuber’s were impacted over the holidays by the apparent ban that started on Dec. 23.

On Dec. 26, YouTuber Michelle M. who hosts the MamaeCrypto channel, tweeted that she is trying not to let the YouTube ban ruin her vacation.

Carl The Moon also explained that while his videos are back up, his trust in YouTube has been lost.

“YouTube has admitted that this was a mistake, but this has severely impacted YouTubers business,” said Carl The Moon. “However, the biggest thing I have learnt as a Youtuber is to not trust Youtube.”

LBRY, a decentralized content sharing and publishing platform that has been used by over 500,000 people, told Cointelegraph that nearly 200,000 people have started using the platform in the last month. 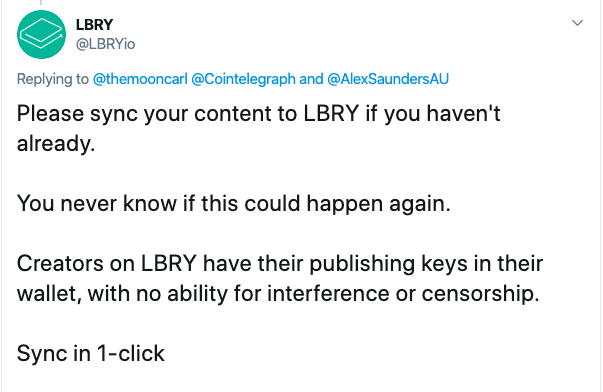 Moreover, some of the biggest names in the blockchain and cryptocurrency industry are also sharing their thoughts on Twitter.

Founder and CEO of Binance, CZ, tweeted, “This is a good example of a short term setback, but probably good in the long term. Will let new platforms emerge with better freedom. People will create content and post them elsewhere.” 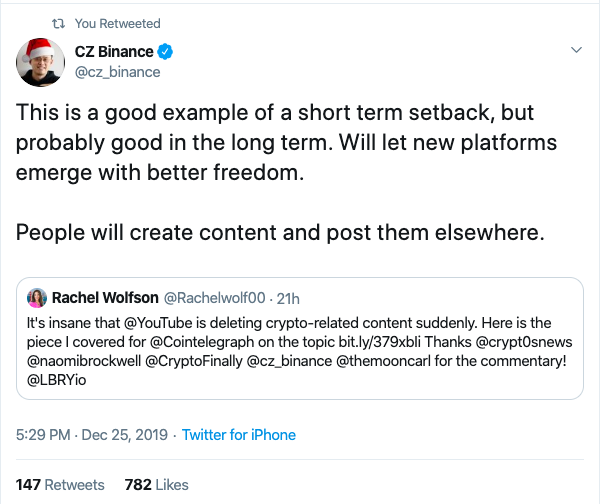 TRON CEO and Founder, Justin Sun, also chimed in, tweeting, “Posting your content through #BTFS and @BitTorrent. It will exist on internet forever and be available anytime anywhere!” 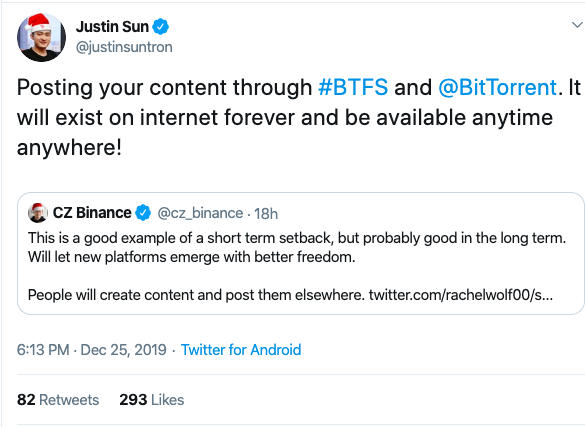