There’s a lot to chew concerning movements in the crypto markets, but the first story is of a different kind. A controversial ban that prohibited banks from dealing with crypto-related companies in India has been overturned by the country’s Supreme Court. The Reserve Bank of India’s sudden move in April 2018 had proved calamitous for local businesses, with several exchanges closing because of the uncertainty. Three judges decided to strike down the ban on Wednesday — with the RBI speedily announcing plans to challenge the decision, fearful that the ruling could put India’s banking system at risk. It took less than 24 hours for two major exchanges to resume accepting deposits and withdrawals, but India’s crypto industry might not be out of the woods yet. A pending law that would ban cryptocurrencies is yet to be considered by parliament, and this could take businesses back to square one.

The stock market has continued its rollercoaster ride for a second week as coronavirus cases rapidly proliferate outside of China. Bitcoin was initially spared from the massive losses disrupting other assets — maintaining support over $9,000 for three consecutive days — but plunged below this level on Saturday. Other cryptocurrencies have also been suffering. Some analysts maintain that BTC will be able to shrug off coronavirus concerns, so its bull run can intensify in advance of block rewards being halved in May. Nonetheless, the outbreak seems to be weighing heavily on the minds of crypto traders. The bizarre search term “Bitcoin coronavirus” has now overtaken “Bitcoin halving” on Google Trends.

It’s often difficult for the crypto world to find friends among central banks. Although he is an advocate for regulation, the current Bank of England governor, Mark Carney, appeared to be one of them — publicly giving his support for Libra and stating that he was open to central bank digital currencies. Given how he is stepping down March 17, there’s understandable interest in what his successor has to say… and, warning: It isn’t good. Andrew Bailey told a parliamentary committee this week that anyone who buys Bitcoin should be prepared to lose all of their money because it has “no intrinsic value.” He also warned that the cryptocurrency “hasn’t caught on as much as people predicted it would.” Bailey’s anti-crypto stance could indicate that the Bank of England’s attitude will change under his tenure.

Jack Dorsey is under fire. A billionaire founder of a hedge fund has acquired a 4% Twitter stake in an attempt to push for major changes at the social network, which would include Dorsey’s removal as CEO. Now, the pro-crypto executive is receiving support from major figures in the crypto industry. Vitalik Buterin publicly expressed his backing for Dorsey on Twitter, writing: “Twitter certainly has flaws but @jack has done a vastly better job than what I expect/fear from a hedge fund appointed CEO swooping in to replace him.” Musk also made his feelings known, praising Dorsey for having “a good heart.” It is not known whether these voices of support will hold sway. Activist investors believe Dorsey isn’t paying enough attention to Twitter because he is focusing on his crypto business, Square.

Only 1% of $1 trillion transferred in crypto last year was illicit, Chainalysis says

And the round-up ends with some surprising news from the blockchain analytics firm Chainalysis. The company has revealed that of $1.1 trillion in crypto transactions completed in 2019, just 1.1% were associated with illicit activity. The data implies that the industry is much healthier now than in previous years when much of the volume was associated with darknet markets. Figures show that exchanges remain popular targets for hackers, but their success rate has been dwindling ever since reaching an all-time high of $1 billion in thefts in 2018. Industry-wide cooperation and the involvement of law enforcement agencies are believed to have made the ecosystem more secure — even helping one hacked firm to recover some stolen funds. 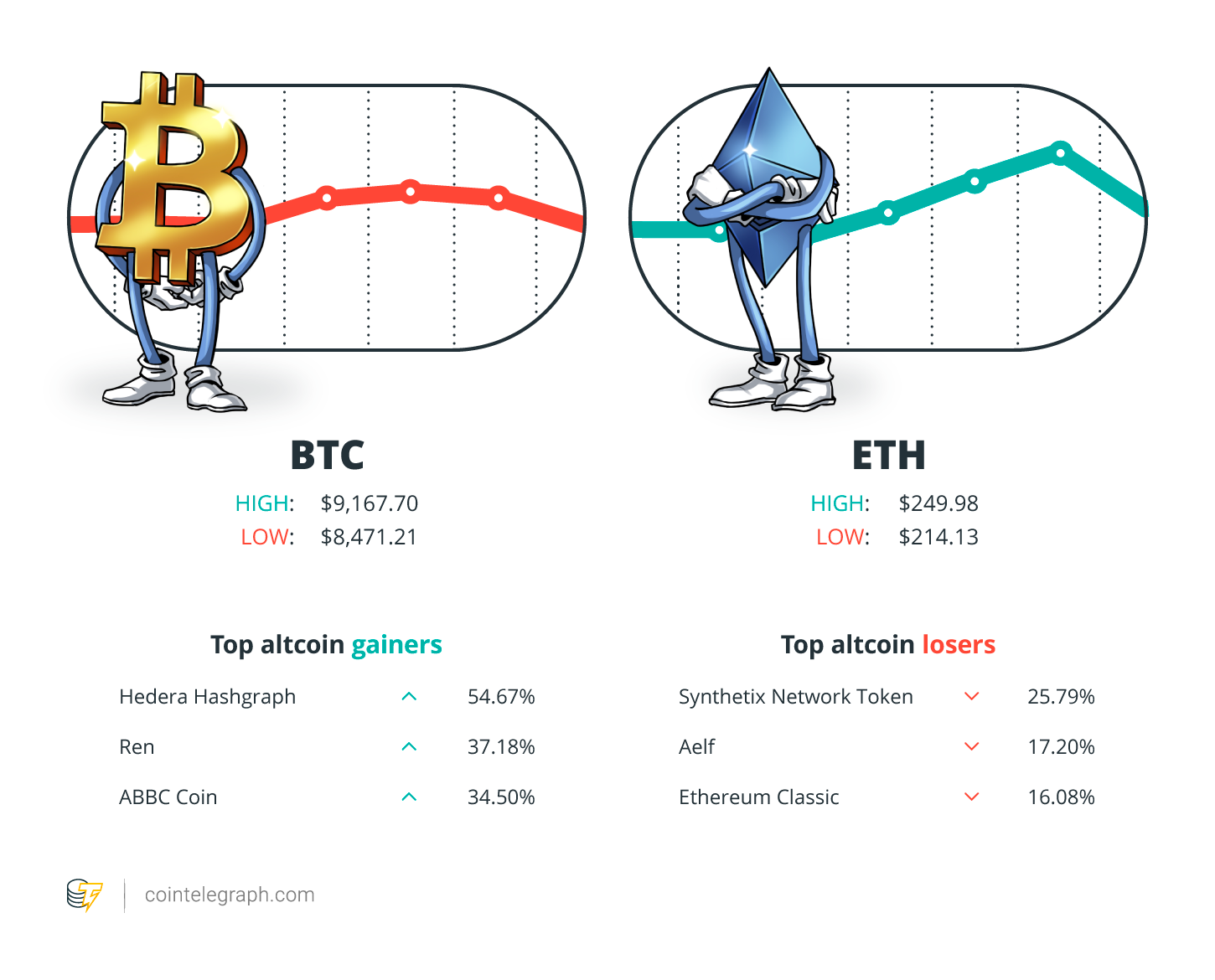 “The Supreme Court may look at the RBI’s review petition, but as of now, the cryptocurrency platforms can operate in India.”

“I think it’s still very much up in the air which blockchain will help get crypto from ~50M users to 5B.”

“Just want say that I support @Jack as Twitter CEO. He has a good [heart].”

“This [coronavirus] is the global financial crisis that will catapult the price to $100,000 and beyond.” 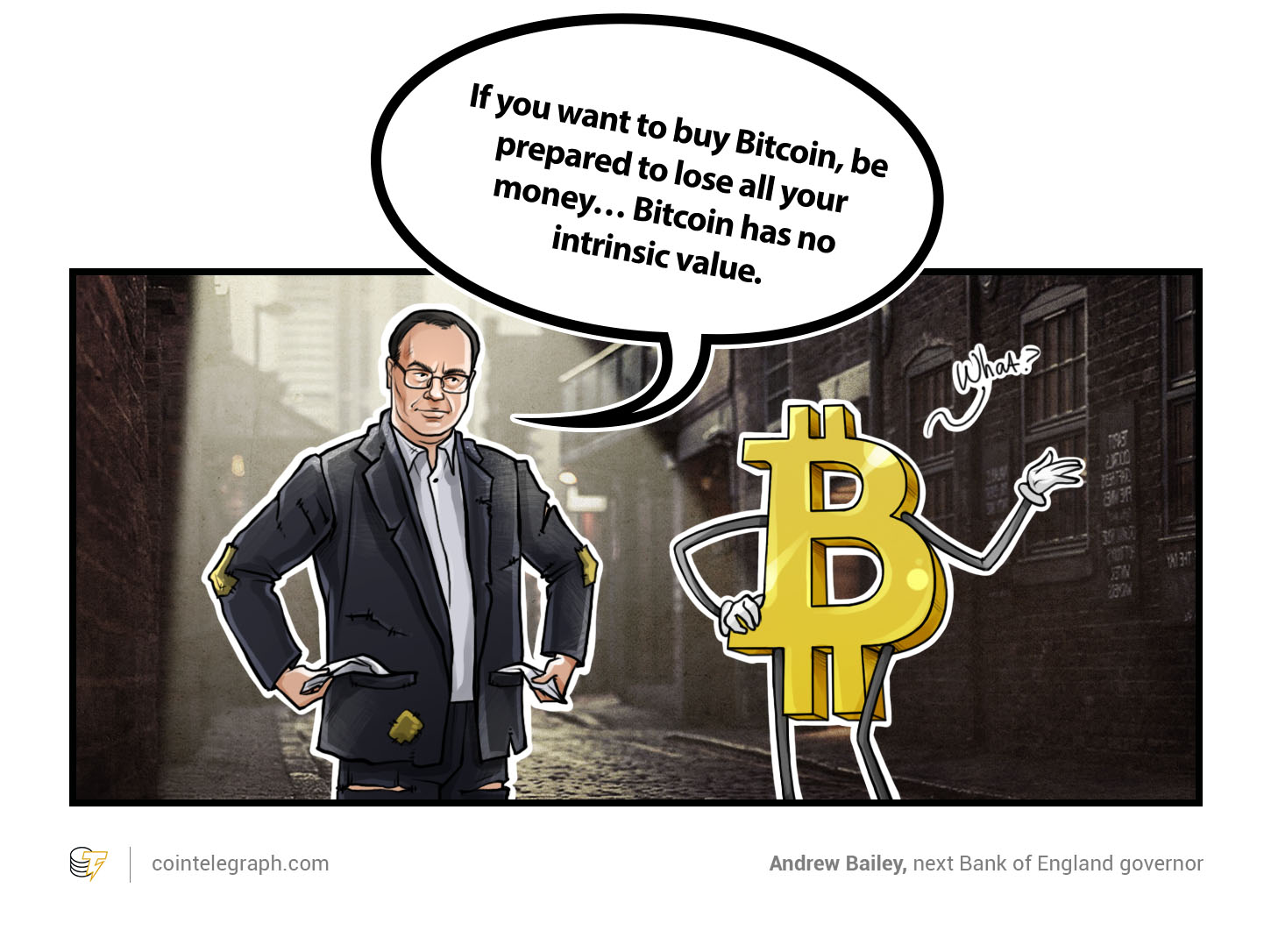 “Key thing is that you know from co-integration (100+ events) that BTC will probably go over $100K before Dec. 2021. How (slower/lower or faster/steeper) and exactly when is irrelevant.”

“If you want to buy Bitcoin, be prepared to lose all your money… [Bitcoin] has no intrinsic value.”

As global stock markets take a beating because of the coronavirus, Bitcoin advocate Max Keiser argued that the health scare could be a blessing for the crypto sector. On his Keiser Report TV program, Keiser said BTC will hit six figures this year — and even went as far to say that JPMorgan CEO Jamie Dimon will be “begging” the U.S. Federal Reserve to buy some. Keiser described 2020 as “part two of the global financial crisis,” suggesting that part one was the 2008 crash that happened just before the white paper for Bitcoin was released. It might be a bit premature to take his prediction at face value — a week ago, crypto losses were very much in line with declines on the stock markets and in the price of gold. Meanwhile, the crypto analyst PlanB has said “100+ events” imply that Bitcoin will hit $100,000 in the next two years, adding: “How (slower/lower or faster/steeper) and exactly when is irrelevant.” Will their predictions be correct?

A YouTuber has been sentenced to 50 years behind bars for masterminding a woman’s kidnapping in Mexico. German Abraham Loera Acosta, 25, is one of six men convicted over her abduction. The group had demanded $100,000 in Bitcoin in exchange for the release of Tania Denisse, a 33-year-old lawyer. Acosta had rented a house to hold the victim captive while they established communications with authorities over the internet. Although he was “very experienced” in browsing anonymously, detectives were able to track down the BTC that was eventually sent to the kidnappers. Denisse was later rescued, and the ransom money was recovered, along with a handgun and several mobile phones. Somewhat ironically, Acosta reportedly participated in the World Congress of Young Leaders for Peace in 2017. 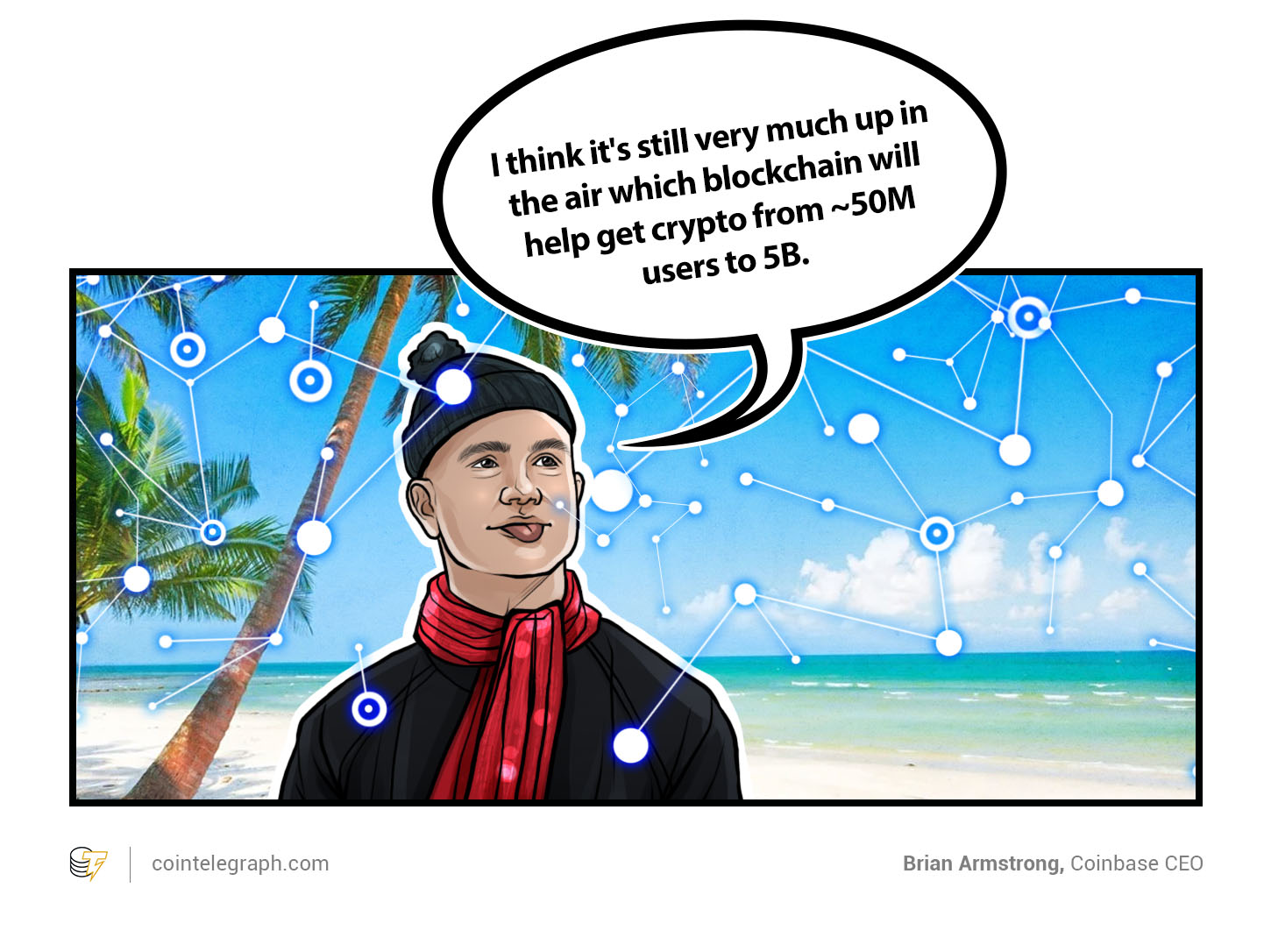 Ledger, a major cryptocurrency hardware wallet supplier, has warned users that a phishing attack is attempting to steal their crypto, using a Google Chrome Extension. The fake add-on seems to be asking unsuspecting victims to enter a 24-word recovery phrase to access their wallet. The fake extension is called Ledger Live and tries to mimic an authentic mobile and desktop application that allows users to approve transactions by synchronizing their hardware wallet with a trusted device. The dodgy extension now appears to have been removed from the Chrome Web Store, but not before it was downloaded at least 120 times. To compound the problem, the malicious tool was also advertised on Google Ads.

Want to buy some Bitcoin at an ATM in Germany? Not so fast. The country’s financial watchdog has halted the operations of a company that ran 24 machines across the country. Regulators said KKT UG didn’t have the necessary license to offer its services. Ultimately, it’s bad news for those who are hoping to use cryptocurrency ATMs in Germany, as they have long fallen into a massive gray area. Starting next year, crypto exchanges, custodians and wallet providers will need a license in order to operate — and they only have until June to submit an application.

Blockchain as a tool to combat coronavirus

The number of confirmed coronavirus cases continues to rise. As this feature explains, blockchain technology has a golden opportunity to make a considerable impact in limiting the outbreak’s ramifications.

Why betting on gold-backed stablecoins is a losing game

Gold has long been regarded as an eternal value — but storage costs a lot of money, and transporting the precious metal is fraught with difficulties. Gold-backed stablecoins have been touted as an effective solution, but as Gregory Klumov explains, many of them have been built on rotten foundations.

The history of the bitter debate over Ethereum’s ProgPoW

The Ethereum community has recently been engaged in a bitter debate sparked by a proposed mining algorithm change. Andrey Shevchenko has more.