BTC has gained more than 10% in the past week, fueling hope that there’s a bullish future ahead for the world’s biggest cryptocurrency. Unfortunately, it’s never that simple. There was a valiant effort to smash through the critical resistance level of $7,200 — but this triggered a huge rejection. Perhaps it’s a little too soon to expect a miraculous bounceback to $8,000 and beyond. In other developments, a survey suggests traditional financial institutions are becoming increasingly interested in taking advantage of the recent crypto plunge. A whopping 97% are considering trading digital assets within the next two years. Also this week, the billionaire CEO of Social Capital said it could be Bitcoin’s time to shine and predicted the cryptocurrency could eventually be seen as a “flight to safety.”

Big news in the crypto sector this week: One of the biggest mergers in the industry’s history has been signed on the dotted line. Binance, the world’s biggest cryptocurrency exchange, has acquired CoinMarketCap, one of the most-referenced crypto data websites. The value of the deal is undisclosed, but it’s rumored to have cost Binance a cool $400 million. Binance CEO Changpeng Zhao told Cointelegraph that negotiations had been ongoing for several months, adding: “The acquisition will enable us to build on each other’s strengths and further grow and instill transparency in the industry.” Both companies have stressed that CoinMarketCap will continue to operate independently, meaning Binance will have no bearing on cryptocurrency rankings. CMC’s interim CEO, Carylyne Chan, added: “We’ll stick to our listing requirements and make sure that everything is fair and unbiased to anyone who wants to list anything on CoinMarketCap.”

Last week, Trump had inadvertently advertised Bitcoin after appearing to suggest he supports manipulating the U.S. dollar. This week, the U.S. president raised eyebrows by indicating that he expects oil to crash to just $9. It comes as Russia and Saudi Arabia continue their tiff, with both of them planning to increase oil production this month despite a plunge in demand caused by the coronavirus. WTI crude prices have tumbled by more than 50% in the past 30 days alone — and are down 68% year to date. Trump said: “Look, it’s $22, but it’s really much cheaper than that if you want to negotiate — nobody’s seen that. That’s like from the 1950s, it really is — to think that it was $50, $60, $70, $80 — and now it’s $22, but you know, if you put a good bid in at $9, I think you could probably get what you wanted, right?” The last time oil circled $10 was actually in 1998.

The coronavirus pandemic and the global economic slowdown are affecting Bitcoin consumer habits in surprising ways, according to a new report by Chainalysis. The blockchain intelligence firm says BTC merchant services have shown resilience in recent weeks — and although overall levels of spending have fallen, they haven’t declined as dramatically as expected. Darknet markets are having a particularly miserable time. Their revenues have decreased substantially, possibly because the global supply chains of illicit substances such as recreational drugs have been badly hit by the COVID-19 crisis. The Hubei province, the epicenter of the pandemic, is also a hub of the global fentanyl trade — and according to Chainalysis, the disruption “could be hampering darknet vendors’ ability to do business.”

Burner wallets — non-custodial wallets that store a user’s private key in the browser’s local storage — may have just been killed off by Apple. It’s feared that recent changes to Intelligent Tracking Protection in the iOS on iPhones will jeopardize this model for good. The change is designed to enhance user privacy, with client-side cookies expiring after seven days. This implies that burner wallets will be destroyed after that short period. One workaround appears to be adding a burner wallet to the iPhone’s home screen, but software engineers have warned that this doesn’t appear to be an easy task.

“Our customers typically buy 60% more than they sell but during the crash this jumped to 67%, taking advantage of market troughs and representing strong demand for crypto assets even during extreme volatility.”

“I predict — and this is not only the ultimate use case but the ultimate irony — that once people realize that they cannot get gold, they’ll start flocking en masse into Bitcoin.” 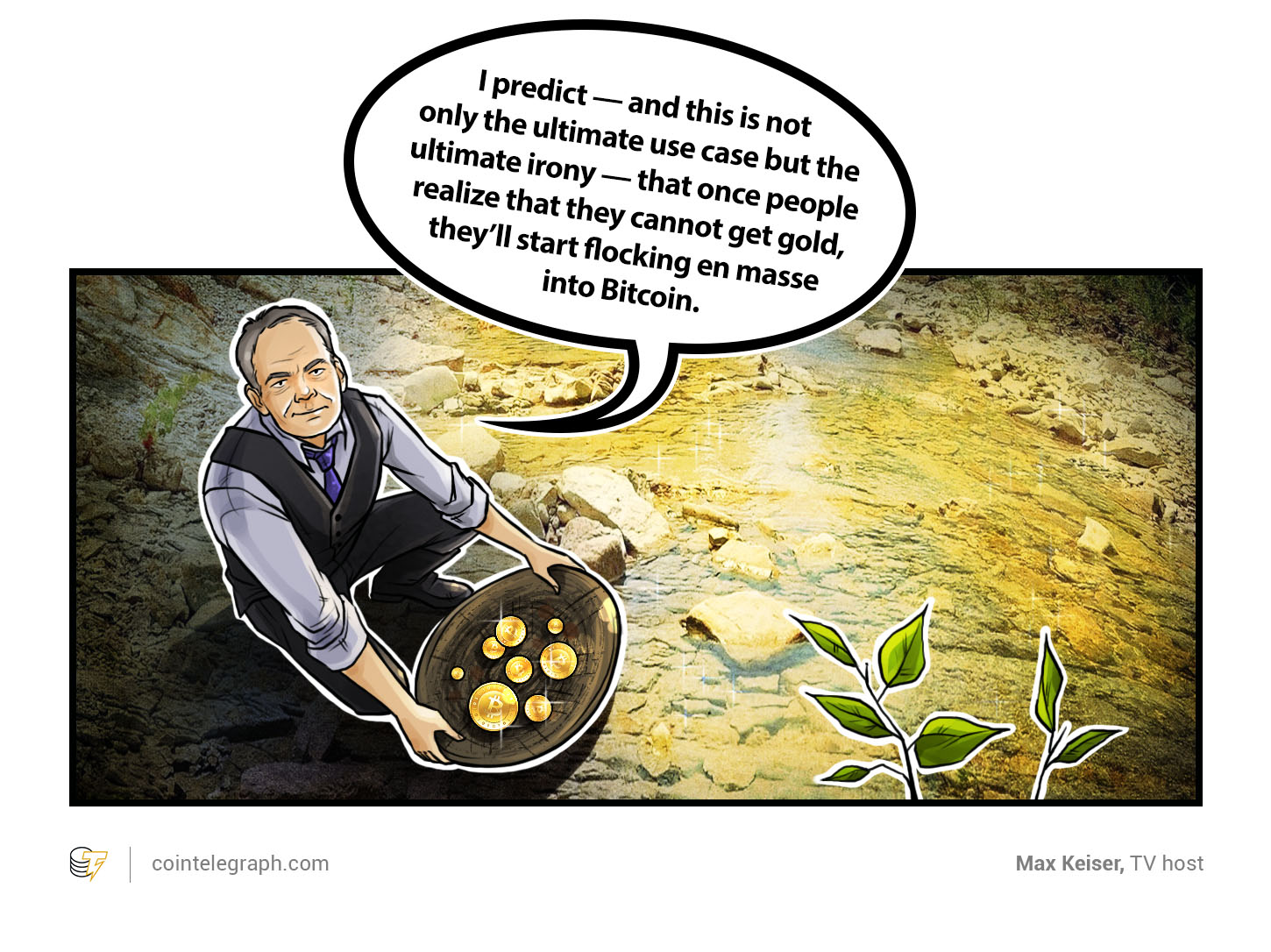 “BTC does offer an alternative store of value, and there is no question about that. The issue is: How good is it? It all depends upon when you buy and when you sell, and so there remains a huge element of luck.” 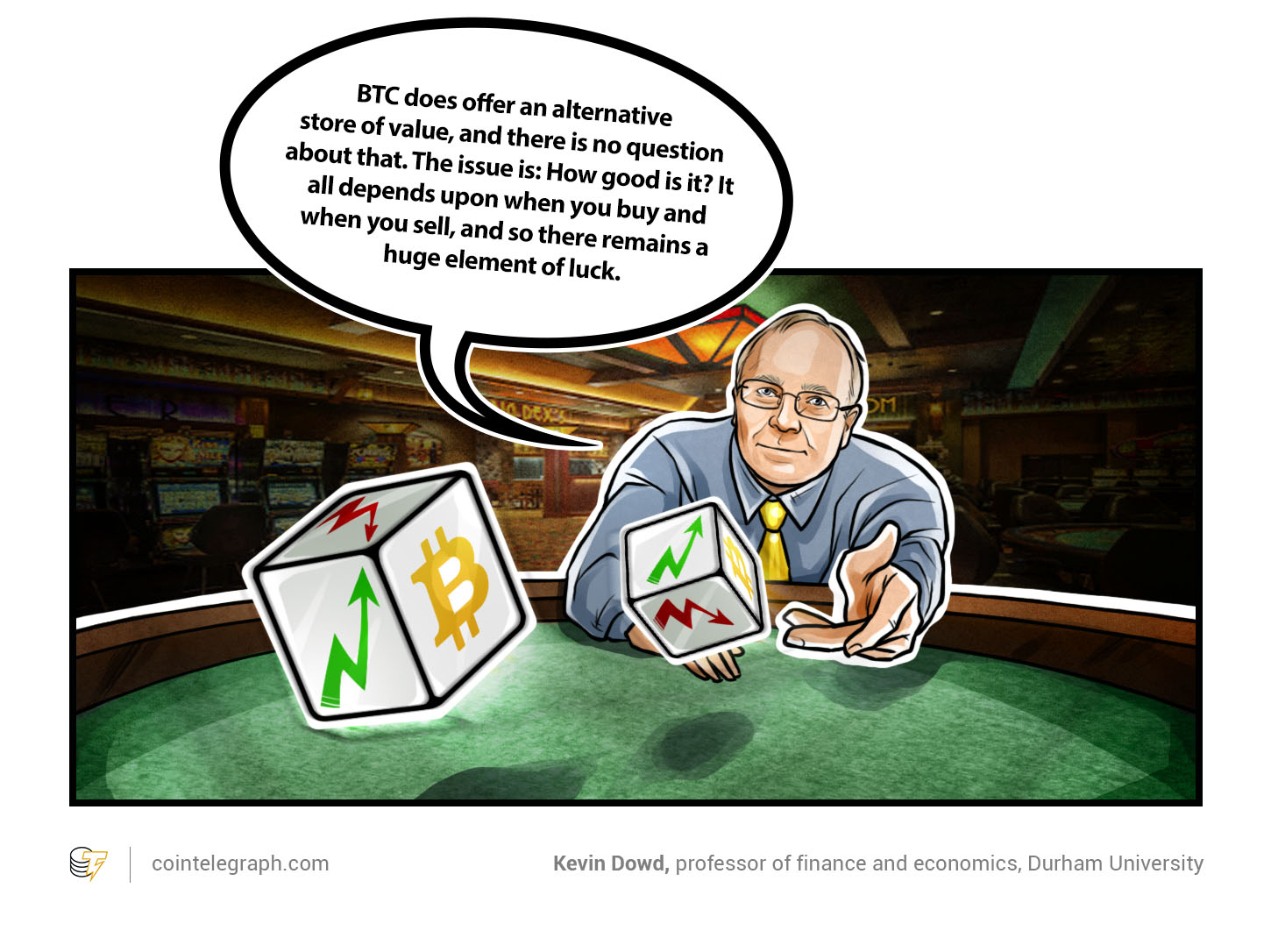 “Bitcoin was innovated to become a safe haven during times just like this. So why aren’t we seeing Bitcoin become the safe haven that it was developed to be and was for a number of years?” 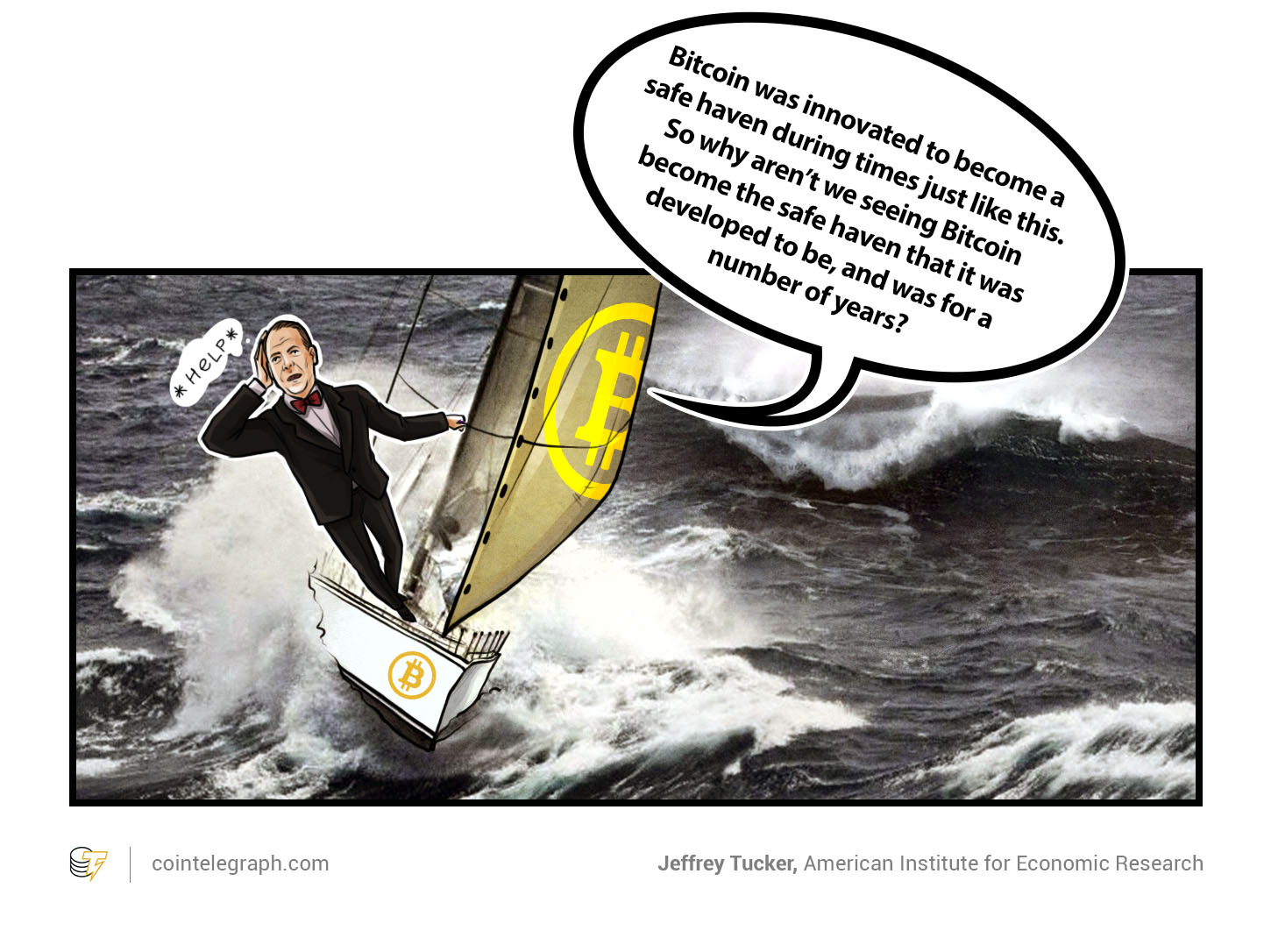 “Binance has no bearing on CoinMarketCap rankings. CoinMarketCap stays committed to providing the most accurate, timely and quality cryptocurrency data in the industry while benefiting from Binance’s expertise, resources and scale.”

“How much did we pay Trump to advertise Bitcoin?”

Every week on Hodler’s Digest, we see endless predictions on where Bitcoin is going to be in the coming years — $1,000, $100,000, $250,000, $1 million… The list is endless. There’s a bit of a twist this week. Mike Novogratz, a frequent flier in this column, has reaffirmed his belief that Bitcoin will reach an all-time high this year — and warned he might give up on BTC altogether if it doesn’t. The CEO of Galaxy Digital, a well-known Bitcoin bull, expressed his confidence that Bitcoin’s price will at least double by October. He also told CNBC: “This is the year of Bitcoin, and if it doesn’t go up now by the end of the year, I might just hang my spurs.” It is worth bearing in mind that Novogratz has made inaccurate forecasts before. He incorrectly predicted that Bitcoin would be back at $20,000 before the end of 2019.

Paris Saint-Germain player Kylian Mbappé has claimed that his name has been used without his permission on a cryptocurrency scam network. The French striker alleges that false statements attributed to him have appeared in advertising campaigns where he is wrongly quoted as saying that people could become millionaires in two or three months. Crypto scam articles have also started circulating with the title: “The latest Kylian Mbappé investment that put pressure on experts and scared big banks.” Local authorities are now investigating the scam and said: “These pages are used to impersonate future victims, save your contact details, then an alleged vendor calls them to explain the procedure for investing, but there is never a product that is invested in.” Mbappé has fallen victim to this before. Last April, his official Twitter account was hacked, and tweets were posted where his followers were encouraged to make investments in crypto scams.

A crypto Ponzi scheme is targeting Filipino, Australian and European investors, according to the Philippines Securities and Exchange Commission. The scheme — known as “Bitcoin Revolution” — offers investors exorbitant compounding daily returns on deposited funds. It claims to offer software that produces trades with a success rate of between 88% and 95%, offering a path to seven-figure gains in just 61 days. From an initial deposit of just $250, the scammers claim that investors can earn 300% per day or 9,000% per month. The SEC is warning that anyone involved in the scam will face up to 21 years of imprisonment and/or maximum fines of $100,000.

A Russian national has been arrested on suspicion of money laundering, with U.S. authorities pointing to an Instagram account that promoted his rap career as evidence against him. FBI investigators claim Maksim Boiko laundered money using cryptocurrencies, including via the disgraced BTC-e exchange. It’s also alleged that he conspired with QQAAZZ, a transnational organized crime organization. Boiko entered the U.S on Jan. 19, carrying $20,000 in cash. He told airport security that the money had come from investments in Bitcoin and rental properties in Russia. Data from BTC-e showed his account had received deposits worth $387,964 — and pictures uploaded to his Instagram show him holding large wads of cash. The rapper has, er, 341 YouTube subscribers and 2,619 Instagram followers.

The reaction has mostly been upbeat following Binance’s acquisition of CoinMarketCap. Shiraz Jagati has had his finger on the pulse of reactions from across the industry.

Various methods to achieve privacy in crypto transactions have been developed over the years. Andrey Shevchenko takes a look at some of the best-known solutions and explores their pros and cons.

How I taught a total stranger in Kenya about Bitcoin

Steven Msoh has written for Cointelegraph Magazine about educating random strangers about Bitcoin in Kenya — a country where the mobile money system M-Pesa dominates the market.