SEC tells Telegram its crypto is worth less than donuts

The United States Securities and Exchange Commission has gotten its claws out as it takes Telegram to task over its offering for Gram tokens. In a feisty memo to the Southern District Court of New York, the regulator rejected the messaging platform’s claims that its tokens are a commodity. It wrote: “Unlike gold, comic books, and Krispy Kreme donuts —  commodities Telegram compares to Grams — Grams have no intrinsic value.” Ouch. Telegram raised a cool $1.7 billion through an ICO in 2018, but the company is accused of failing to register with the SEC in advance. The commission’s latest memo went on to accuse Telegram of doing “a two-step around registration provisions.”

Get your calendars out! There are now fewer than 100 days until Bitcoin’s mining reward is cut in half — and some crypto commentators believe this could trigger some serious price action. Weiss Ratings has released an analysis exploring the impact that previous halving events had on BTC. Prices stood at $12 when the mining reward was first cut in November 2012, and stood at $652 at the time of the second halving in July 2016. Of course, you’ll remember that an extraordinary bull run began the following year — with BTC reaching an all-time high of $20,000 in December 2017. Weiss added: “So, does the Bitcoin halving help drive prices higher? Absolutely. The only question now is how high will #BTC go this time around?”

Bitcoin ain’t what it used to be, pioneer investor says

Although excitement surrounding the halving is beginning to bubble up, some believe that BTC has left the good old days behind. One of them is Erik Finman — an early adopter of Bitcoin who became a millionaire by the tender age of 18. Speaking to Cointelegraph, he reminisced about how the cryptocurrency was “incredible” and “bleeding edge” when it came out — boasting a community that was united behind its cause. These days, Finman says the community is fragmented and hostile — and he believes that a price of $1 million will never be achieved unless there’s evolution. “Bitcoin is the next MySpace if the community can’t make drastic changes,” he warned.

Coinbase and Ripple are teaming up to push for smart regulations and transparency in the crypto world — all with a view to driving mainstream adoption and taking blockchain technology mainstream. Each company is sending an executive to serve together as co-chairs of the Market Integrity Working Group. They argue: “To improve market integrity and provide consumers the confidence they deserve, Congress may need to enact legislation to support the orderly and secure functioning of crypto markets.” One proposal is to expand the Commodity Future Trading Commission’s authority to include the regulation and oversight of digital commodity exchange markets.

Opportunistic cybercriminals have been accused of taking advantage of the deaths of Kobe Bryant, his teenage daughter and seven others. According to Microsoft Security Intelligence, hackers have been hiding malicious HTML code containing a cryptojacking script in a desktop wallpaper of the NBA legend, who was killed in a helicopter crash. Cryptojacking is a practice whereby cybercriminals hijack processing power from other computers to mine cryptocurrencies remotely. Bryant was an avid supporter of crypto — and discussed the future of blockchain on stage during a crypto conference in 2019. 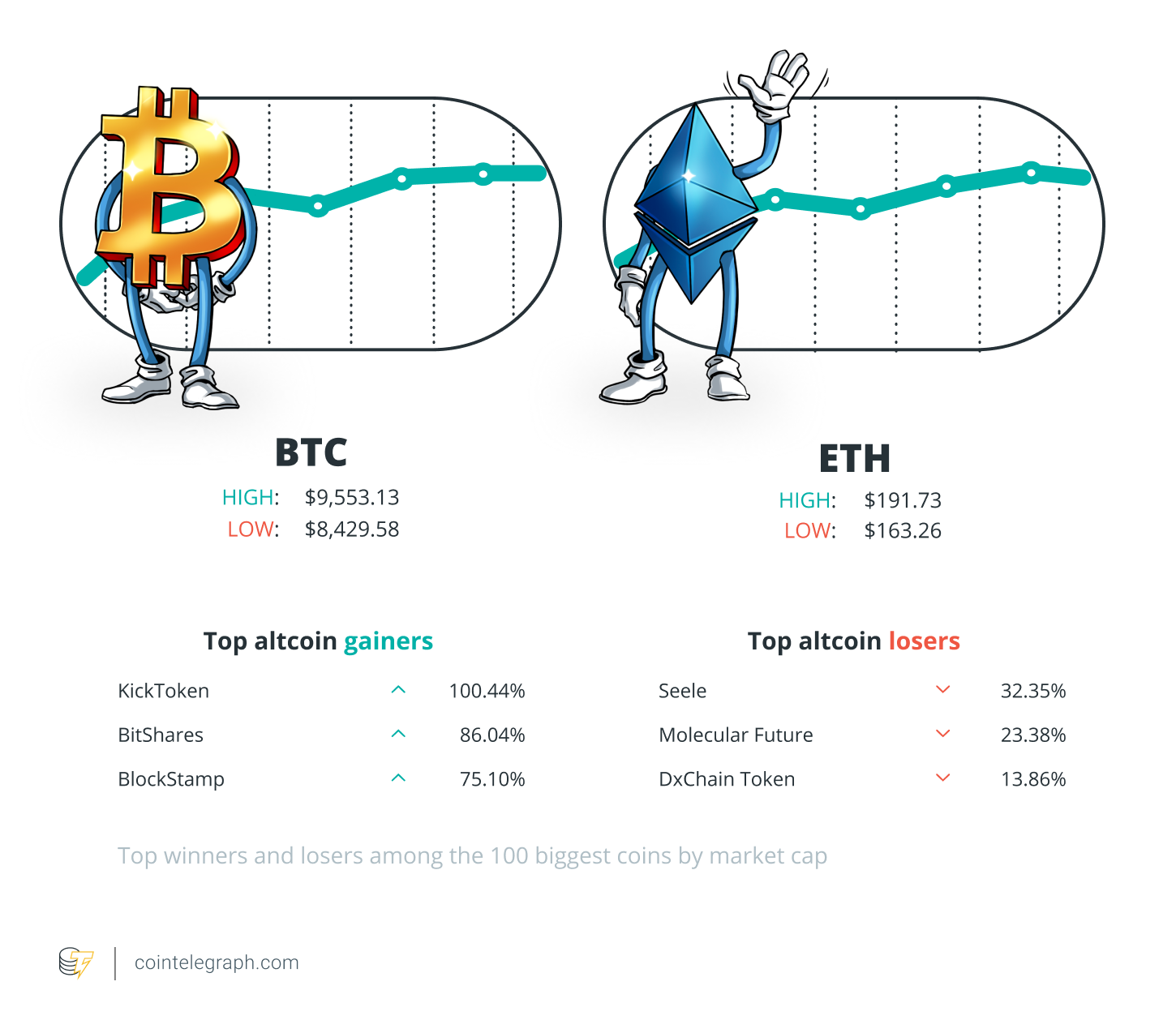 For more info on crypto prices, make sure to read Cointelegraph’s market section.

“There’s a whole environment out there of brilliant, genius, young people who are coming up with new ways to transfer value every single day. I worry that we’re going to crush that entrepreneurial spirit and that advancement.”

“I am a Bitcoin maximalist — if you want to put it that way — but I have a much longer time horizon. It’s going to take quite a bit of time and I actually have no problem with that.”

Sheila Warren, head of blockchain at the World Economic Forum

“Right now we’re stuck with this hodgepodge of state-by-state treatments and it’s bad for everybody: it’s bad for innovators who want to invest in this space.” 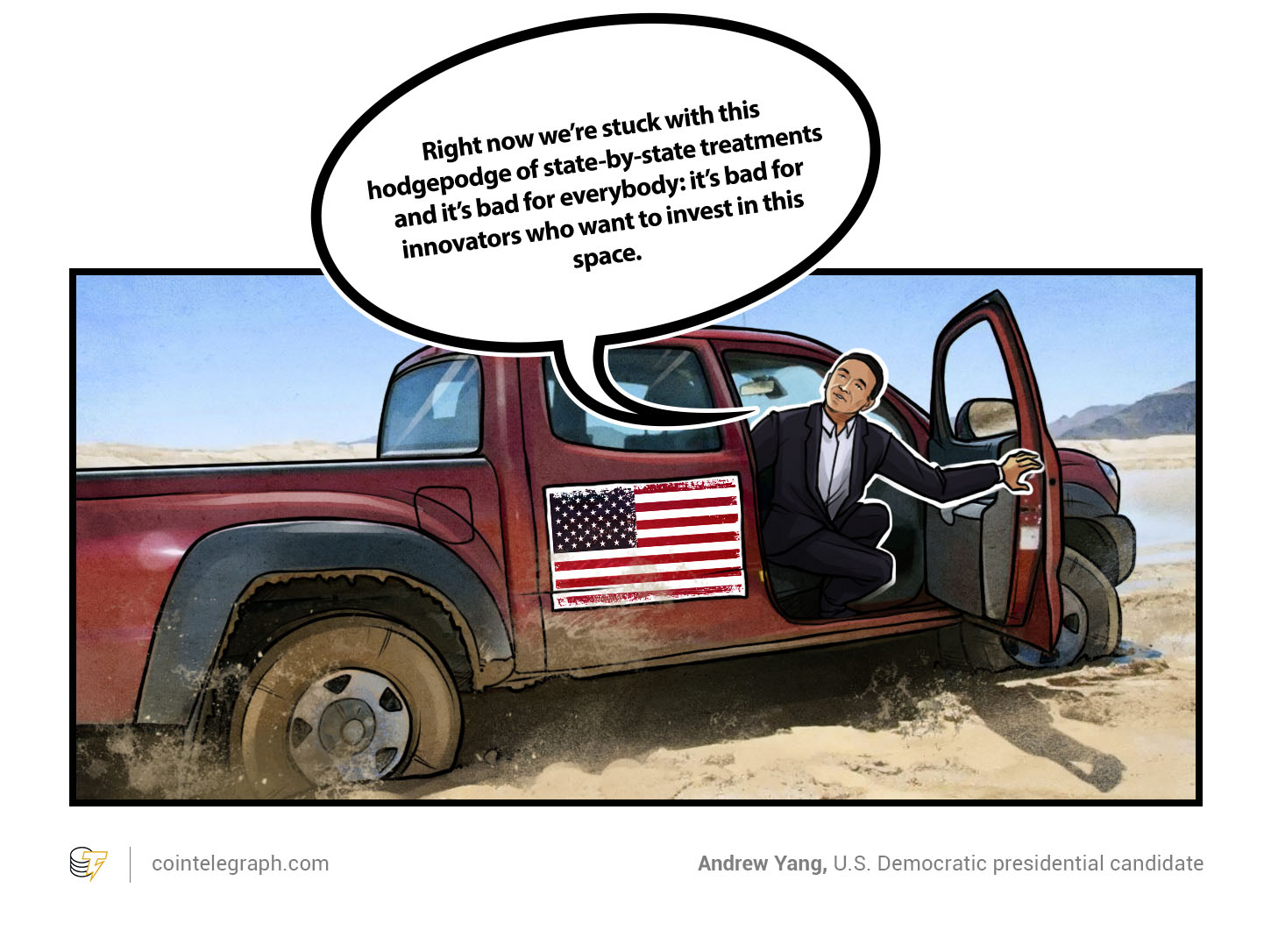 “I really care about Bitcoin – but the community can’t seem to get it together in my opinion. I’ve tried to get involved within the community to fix it – but it was very hostile.”

“Bitcoin Cash is not Bitcoin.”

“The only question now is how high will #BTC go this time around?”

As BTC edges ever closer to $10,000, some popular social media personalities believe that the world’s biggest cryptocurrency has already started its bull run — and prices could balloon to $100,000. Over the course of January, BTC/USD has gained over 30% — narrowly behind Tesla stock as the best major investment opportunity available in 2020. Nicholas Merten, also known as DataDash, told Cointelegraph that the market won’t see a parabolic run until BTC reaches $20,000. He added: “That’s really what I define as a key bull market for cryptocurrencies, but we’re trading higher. […] We’re going for higher highs and higher lows, those are all positive signs.” DataDash’s target for the next bull cycle? Between $80,000 and $100,000.

Trezor wallets can be hacked to extract private keys with just 15 minutes of physical access to the device, according to Kraken Security Labs. The attack involves either extracting its chip and placing it on a special device or soldering a couple of critical connectors. From here, the chip is connected to a “glitcher” device that breaks the built-in protection that prevents the chip’s memory from being read by external devices. From here, the attacker can read critical wallet parameters including the private key seed. This vulnerability is not going to be an easy fix for Trezor, which would need to completely redesign the wallet and recall all existing models. Although the company is minimizing the impact of the security flaw, Kraken is urging users not to allow anyone to physically access their device.

We saw some fighting talk from former UFC star Ben Askren this week, who tweeted that he believes XRP is a scam. The ex-Olympic wrestler is notoriously bullish on Bitcoin, and has also previously appeared on Instagram wearing a Litecoin-branded t-shirt. His tweet has been liked by more than 2,100 people at the time of writing. All of this comes after XRP marked a two-year low in December when it slumped to just $0.183. The coin’s issuing company, Ripple, is also facing a class-action lawsuit alleging that it held an unregistered sale of securities. 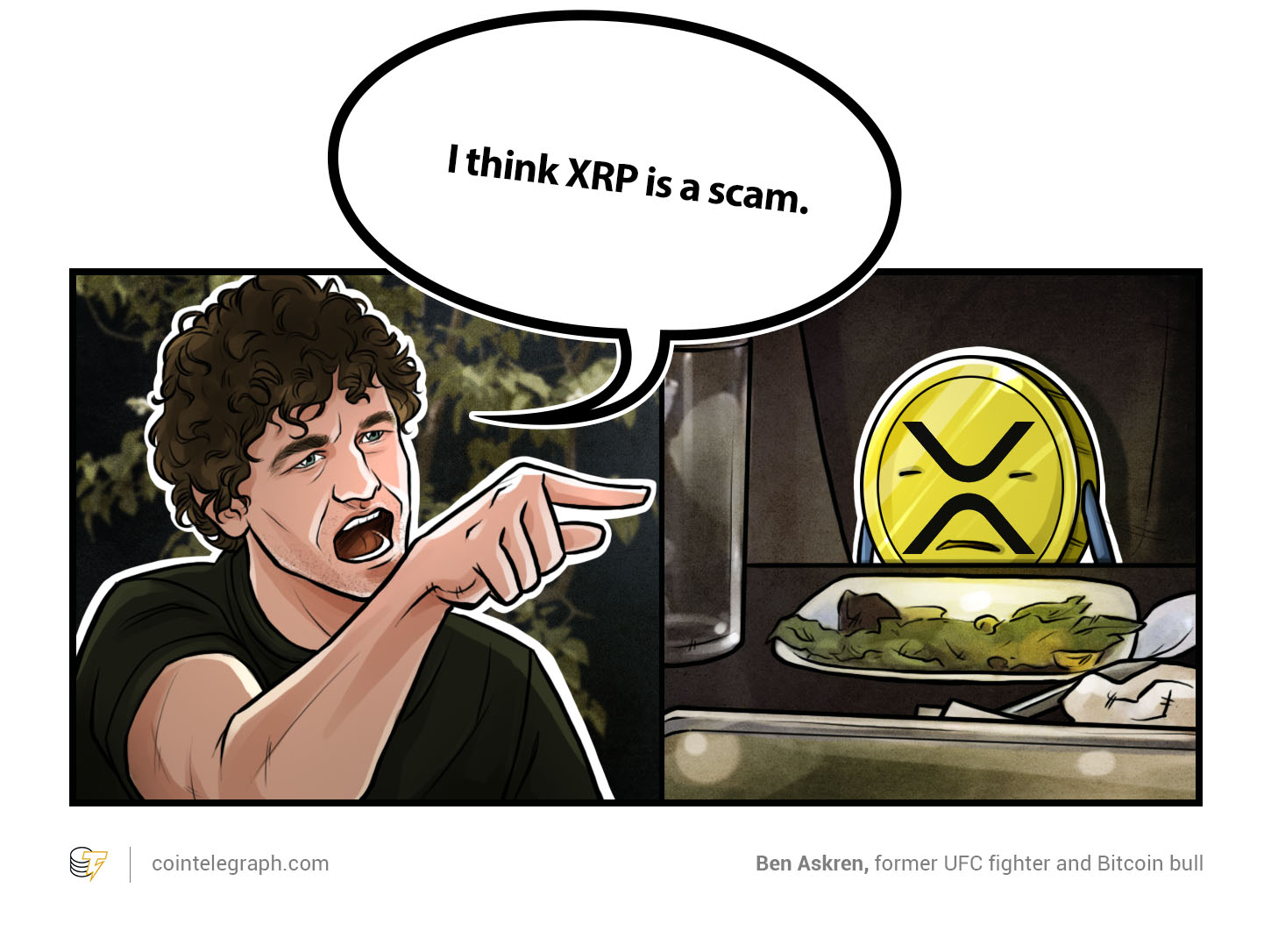 One of the world’s major peer-to-peer crypto exchanges has been reportedly suspending user accounts in Africa, the Middle East and Asia without warning. LocalBitcoins said an “enhanced due diligence process” was to blame — and reports suggest that some of those affected have been unable to withdraw their Bitcoin as a result. One disgruntled user said that they’ve had to ask for their account to be deleted in order to access their coins, a process that could take two weeks. Another shared a screenshot of a reply they received from LocalBitcoins when they asked what was going on, which said: “Unfortunately, we cannot provide detailed information about the reasons behind the suspension of your account. Our decision is final and cannot be revoked. You are no longer allowed to trade on LocalBitcoins. Any new account will be blocked.”

Shiraz Jagati gives us this roundup of what went down at last week’s World Economic Forum in Davos.

As the WEF warms to crypto, its head of blockchain talks empowerment

Cointelegraph’s head of features Kristina Lucrezia Cornèr spoke to Sheila Warren, the World Economic Forum’s head of blockchain and decentralized ledgers, to reflect on the role of crypto in the discussions at Davos.

Five of the most expensive NFTs sold in 2019

The nonfungible token market is one of the most exciting spaces in crypto right now. John Robery takes a look at five of the most expensive NFTs that were sold in 2019.