Bitcoin (BTC) price appears to have entered the weekend on the good foot after a relatively uneventful Friday saw the price continue to fluctuate between $10,200-$10,400.

At the time of writing the daily chart shows the top-ranked digital asset tightening into a pennant and since making a double bottom at $9,838, BTC has etched a pattern of higher lows which have now pinched the price into a tighter range. 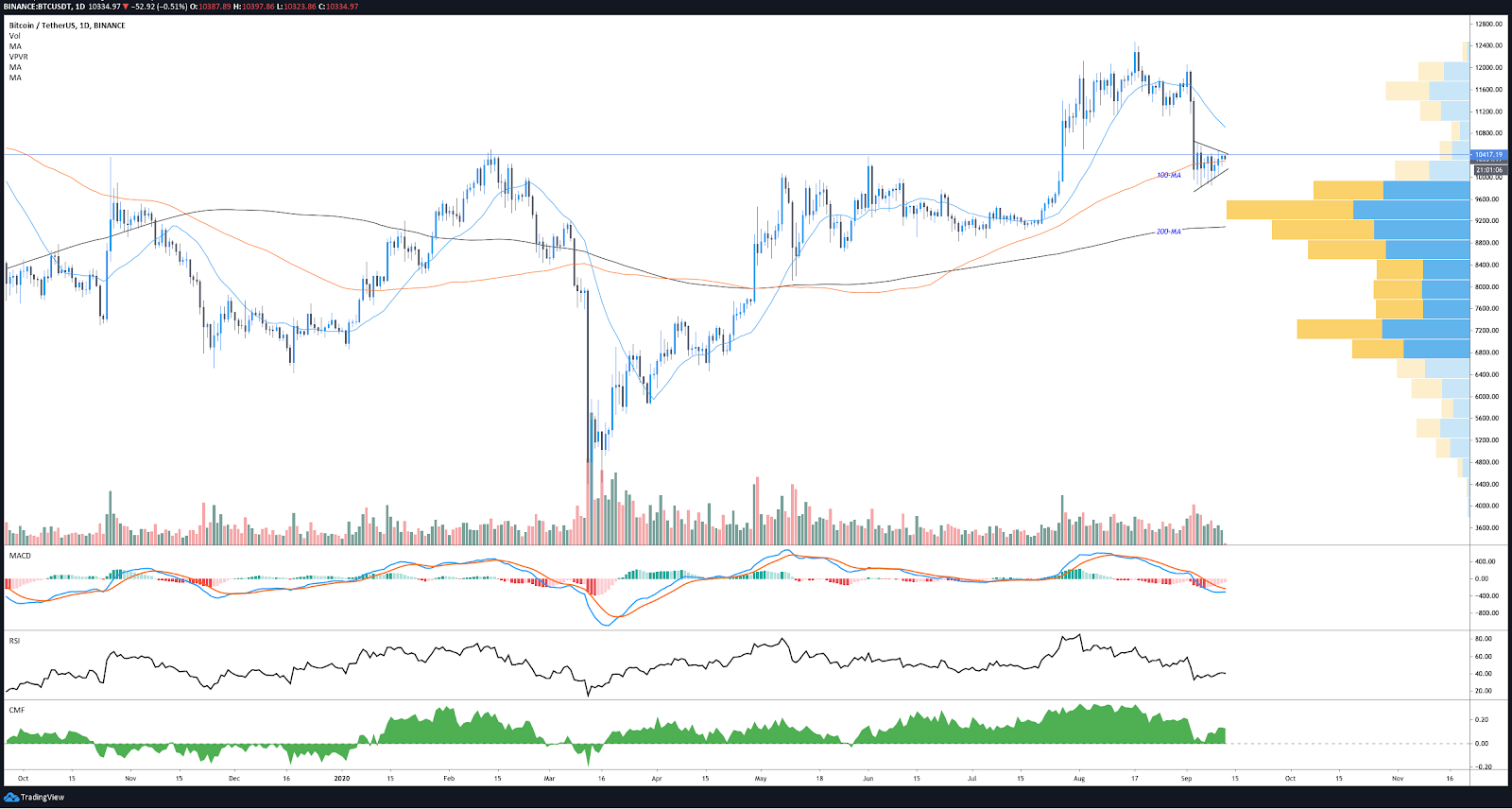 While trading volume still leaves a lot to be desired, the moving average convergence divergence indicator shows the MACD pulling closer to the signal line and the shorter bars on the histogram indicate that selling is slowing down.

While encouraging, the RSI remains below the midline and even though BTC is now above the 100-MA a breakthrough the pennant to flip $10.5K to support is still the next step traders are looking for.

While Bitcoin price continues to consolidate toward a more decisive move, altcoins moved higher to test key resistance levels that just a week prior were strong supports.

According to CoinMarketCap, the overall cryptocurrency market cap now stands at $334 billion and Bitcoin’s dominance index is currently at 56.8%.