Crypto analyst Mati Greenspan won the title of “father of the year” from the two hosts of Virtual Blockchain Week as he tended to his child while delivering a presentation to the virtual conference’s attendees. Greenspan explained that Bitcoin and legacy assets were more closely correlated than you might think in the wake of COVID-19.

Resplendent in a sharp bowtie, the founder of Quantum Economics displayed the following graph “that shows what’s happening in crypto.” The following chart represents Bitcoin’s correlation with the S&P 500 on a range of 1 (perfect correlation) to -1 (inverse correlation). For crypto enthusiasts hoping for a positive outlook on Bitcoin (BTC), Greenspan admitted “most of you are not going to like what I have to say.”

According to the data Greenspan compiled from Coinmetrics, BTC and the S&P 500 currently have a correlation of roughly 0.6. This is the highest correlation we’ve seen since January 2011, when correlation barely exceeded 0.3. Greenspan says such a value indicates almost no correlation at all.

He argues, “nothing has emerged that’s said ‘crypto is going to be our savior.’” Bitcoin is still considered a “risk asset” and “hasn’t achieved the safe haven status that gold has taken thousands of years to build up.”

Pausing to feed his child some snacks, Greenspan continued his talk on “How to Invest in a Post-Virus World” by zooming in on Bitcoin’s 2020 performance against the U.S. dollar. 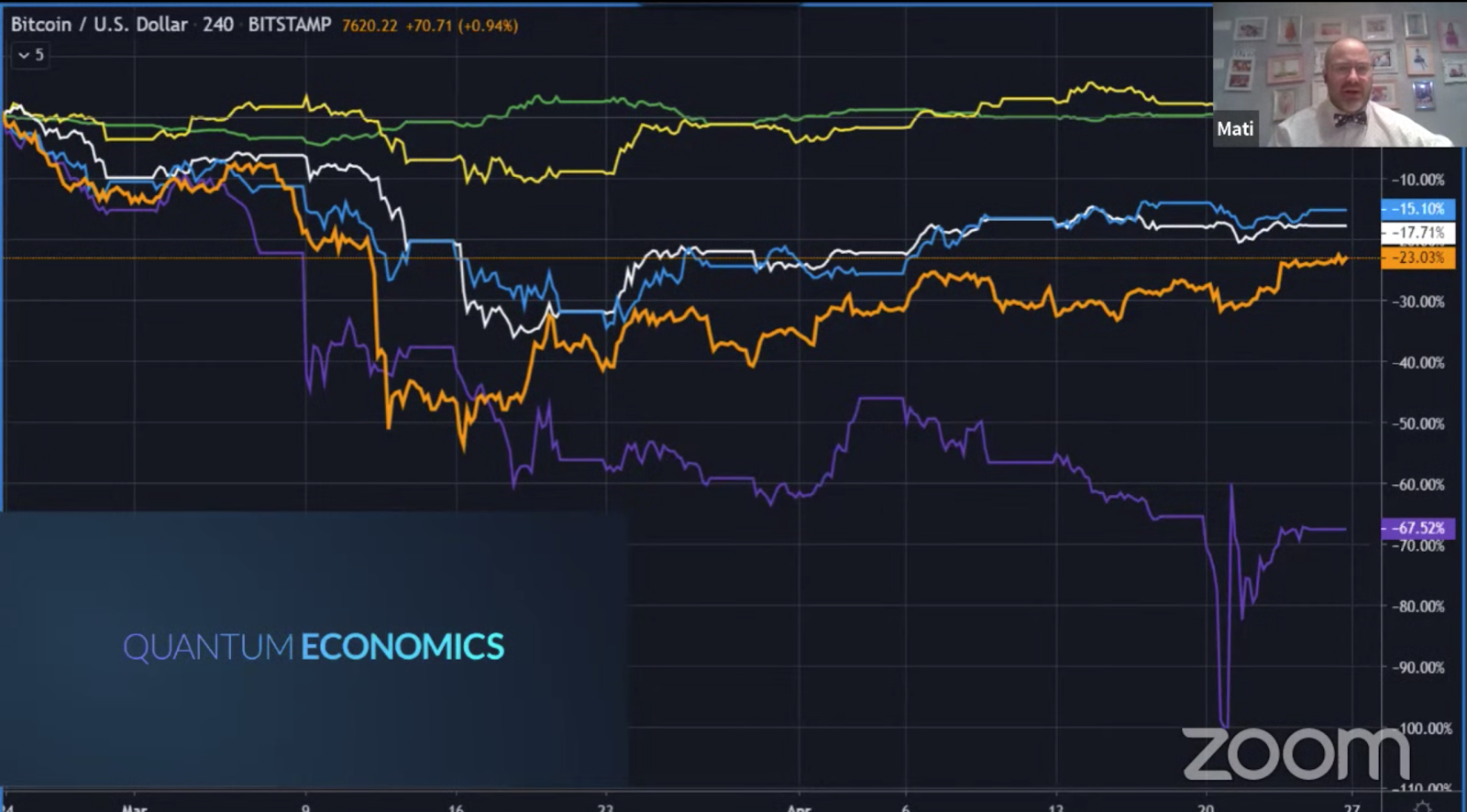 Bitcoin has been “one of the best performers” as the economic impact of the coronavirus really took effect in April. However, Greenspan pointed out that BTC has been up roughly 7% for 2020, in sharp contrast to oil, which went negative last week.